Polar
Get the latest product trends to your inbox.
Thank you! Your submission has been received!
Oops! Something went wrong while submitting the form.
Just brew it
Have a sip of this summer’s hottest beverage, and we’ll do our best to spill all the deets and none of the kombucha.

Hard kombucha might be your easy sell this summer.

Don’t miss 2020’s tea party, which is trading Boston for California, and teabags in the harbor for hard kombucha in a 6 pack. CA may be at the heart of this trend, but the rest of the world is quickly following suit as more consumers make hard kombucha their drink of choice. 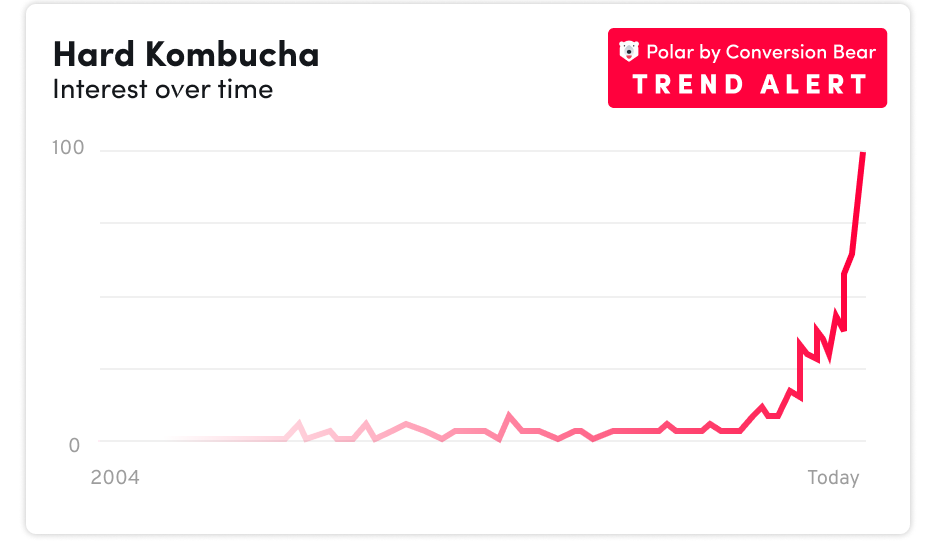 Hard kombucha’s success has been brewing for a few years now, with sales having increased by more than $11 million from 2017 to 2019.

As health-conscious consumers want to integrate wellness and alcohol cultures, low calorie favorites like spiked seltzer have never been bigger. The up-and-comer of these alternative drinks is a variant of kombucha, the fermented tea whose health benefits have been celebrated for thousands of years.

Hard kombucha is brewed with more sugar and yeast than its traditional counterpart, yielding an alcohol content of about 4-7 percent. Botanical food trends combined with a general shift in consumer preferences towards low ABV cocktails has hard kombucha situated to conquer the drinks market. So many options, but we’ll have the California based Flying Embers, please. 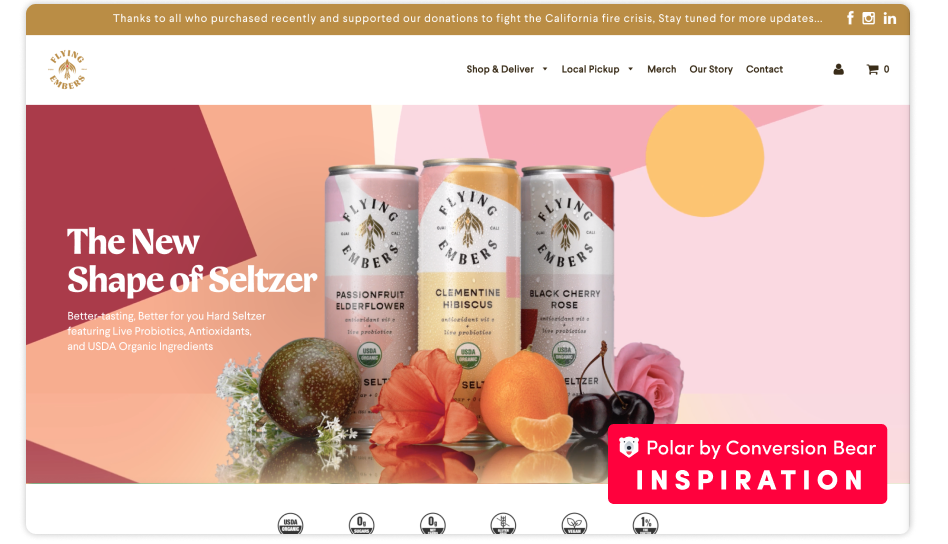 Founded in 2016, Flying Embers is filling cups across America with a long-awaited healthier alcohol product that appeals to the millennial market and beyond.

The company’s kombucha differs from other popular brands because of their unique fermentation process, which turns out a beverage that is loaded with probiotics, super flavorful and sugar free.

Flying Embers’ kombucha is, “brewed with gratitude,” for the company’s surviving a wildfire that threatened their fermentation lab in 2017. With a backstory that is also a survival story, the brand not only touches its customers’ hearts but makes each buyer a part of the process of giving back. They include their consumer base by donating proceeds to firefighters and first responders, and maintaining the charity project as a recurring theme across their social media platforms. Here's a recent example: 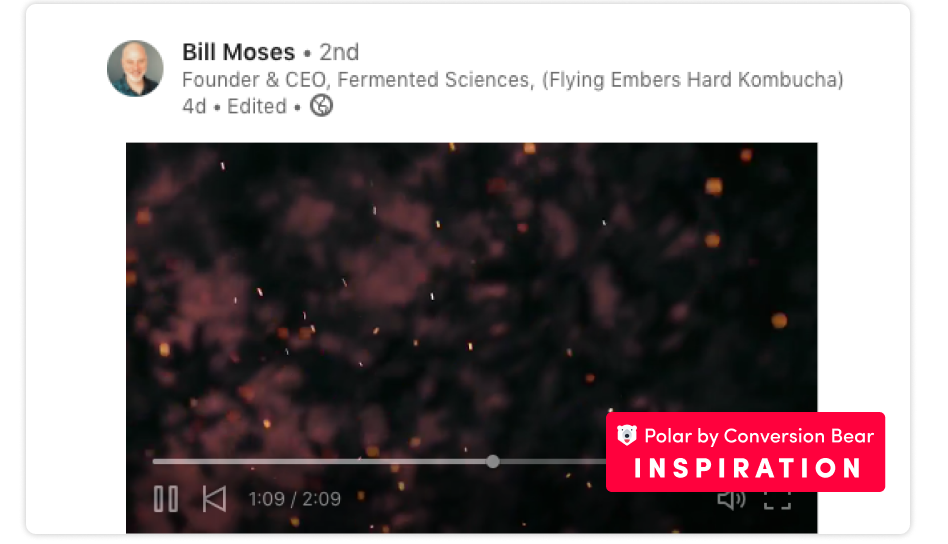 From macrame to ice dying, there’s no denying we live in a DIY age. Well, consumers who want to do-it-themselves are probably itching to brew-it-themselves! Brewing kombucha is a relatively straightforward process, but intrigued beginners often hit a roadblock when it comes to gathering materials. A DIY kombucha brewing kit might be the answer.

Check out these beau-Tea-ful stores for some more kombucha inspiration:

🔮 Quickies
Until next time, keep slurping up new opportunities!
Don't miss the next edition
Join over 10,000 Shopify store owners who read Polar.
Thank you! Your submission has been received!
Oops! Something went wrong while submitting the form.
Stir up your sales
The perfect mix of upsell funnels for your store. Shopify stores see upwards of 22% conversion rates with Honeycomb. Claim your free plan today.
Sell more in your Shopify store
Sell more in your Shopify store 💸
Discover more apps
Trust Payment BadgesSticky Add to CartVideo Sales PopAuto Currency ConverterProduct Countdown TimerSee All Apps
Grow with us
PartnersCareersPolarAbout usCase Studies
Useful links
SupportKnowledge Base
© 2020 Conversion Bear
Powering 40,000 online businesses in 90 countries.