Polar
Get the latest product trends to your inbox.
Thank you! Your submission has been received!
Oops! Something went wrong while submitting the form.
The most a-mason trend yet
Consumers are filling their houses with mason jars, and filling their mason jars with… everything.

Ever wonder why the universally established penalty for swearing is dropping pennies in jar? A swear-can or tupperware could have the same effect. 🤔
The truth is, good old-fashioned mason jars are more than just practical - they’re charming, with a minimalist vintage appeal that the 2020 consumer can’t resist. Whether it’s sugar, flowers or a romantic candle, this year - it’s going in a jar.

Mason jars are filling the market to its brim 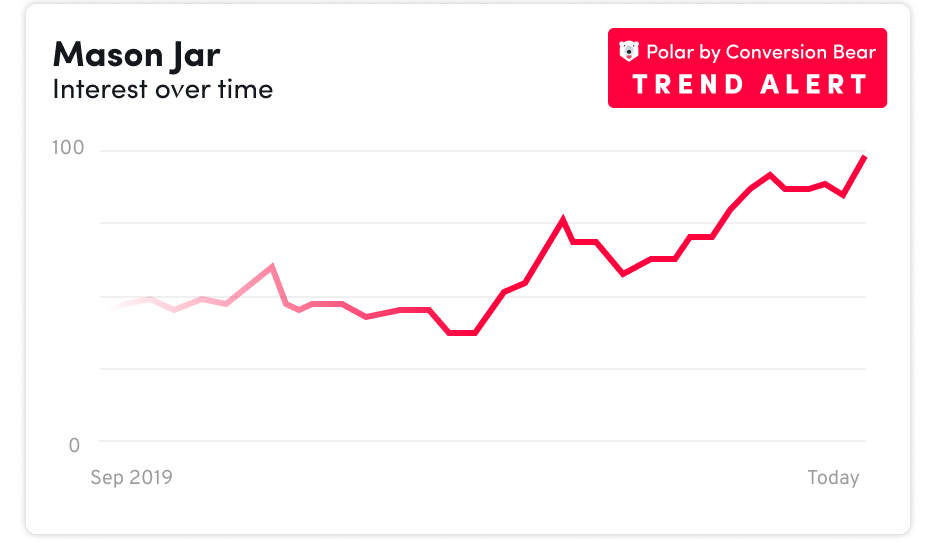 Mason jars might seal up tight, but there’ll be no capping their growing popularity any time soon.

Patented by American inventor John Landis Mason over 150 years ago, mason jars are still a favorite of consumers around the world. They may have gotten their start as storage for fermented goods like jam and pickles, but time has made them trendier and more flexible. Today, mason jars are an aesthetic staple, dressing up everything from gummy candies to milkshakes.

What many enthusiasts don’t know is before Mason invented the jar, he invented it’s airtight screw top lid, which in and of itself redefined the process of canning and storing food. Following in the inventor’s footsteps, the modern brand Masontops quickly understood that when it comes to jars, it’s all about the lids. 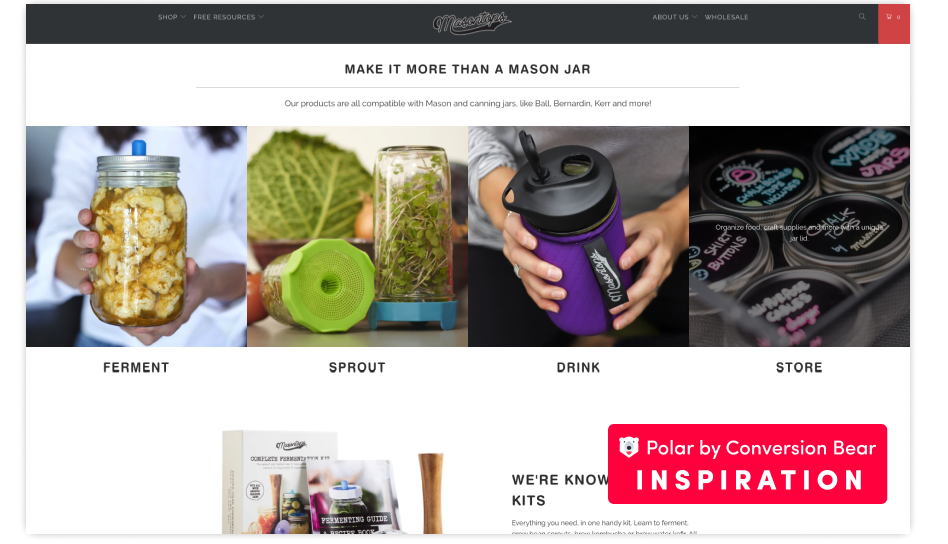 Masontops has taken an increasingly popular storage container and infused it with new versatility. If jars are all about the lids, why not have a lid for everything?

Consumers tired of wondering who stole the cookie from the cookie jar invest in Masontops’ child-resistant lids, while organization junkies are won over by the brand’s chalktop lids.

But Masontops is also taking these long admired jars back to basics, with a sharp focus on fermentation. In fact, after several failed attempts to ferment sauerkraut, they came up with their first product: the Pickle Pebble.

Masontops’ mission to simplify fermentation has since expanded into an impressive collection of DIY kits and online fermentation workshops. The brand understands that the process of fermentation can seem daunting, so it takes its customers by the hand and walks them through it, enabling anyone and everyone to make use of the brand’s fermentation products. 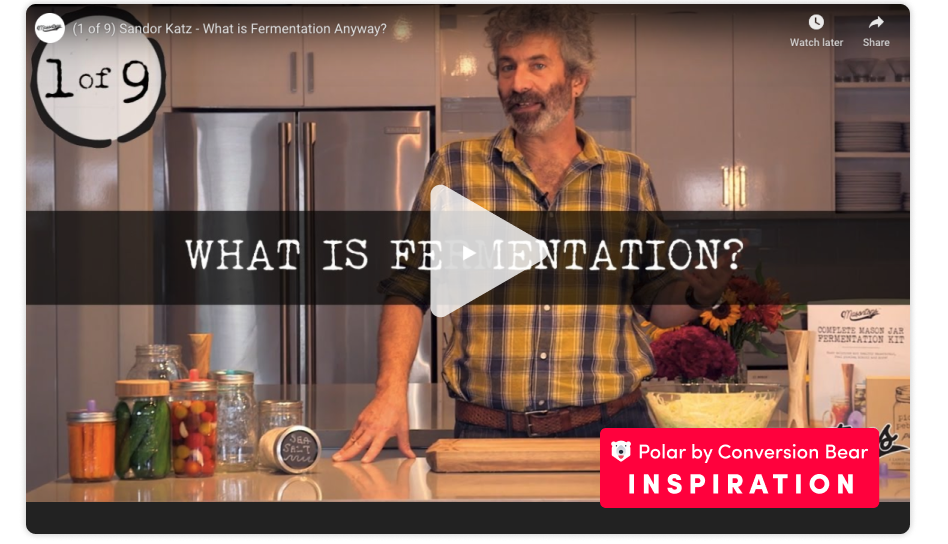 Got an ‘ideas’ jar? consider adding this to the bunch

It’s super trendy to serve guests a mixed drink in a large mason jar, but it’s not nearly as practical as it is charming. Some Mojito is almost sure to spill as it makes its way from the wide brimmed jar to each person’s class. Isn’t it about time someone marketed the accessories necessary to turn your jar into a functional pitcher? Mason jar pitcher lids and handles, here we come…

Have we fermented your creativity, yet?

If you’re looking for more, give these Shopify stores a visit: